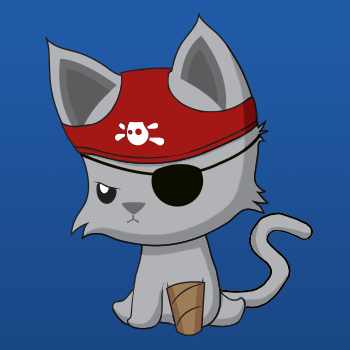 A theme based on Google's Material Design

Combine Discord and Spotify into one.

Allows you to hide the channels list in servers and DMs

Allows you to hide the channels list in servers and DMs

A theme based on Google's Material Design

Combine Discord and Spotify into one.

The spacing between the actual content and the app borders is controlled by --app-margin.

Adding this to your custom CSS will remove said spacing:

You have to enable it in your plugins list.

Good news for you is that you can customize it with a number of variables. Just go to your user settings, and near the bottom is a tab called Custom CSS; click that and add the following:

An entire list of customizable variables can be found on the themes repo: https://github.com/CapnKitten/Translucence#variables

This theme utilizes a various amount of CSS variables that allows you to customize it. They can be added to the custom CSS tab in BBD or in the theme file itself. A list of variables can be found on the theme's repo: https://github.com/CapnKitten/Translucence#variables

An example would be:

It gets stretched to fit it, so as long as the image is at least the size of your monitors resolution (if you use Discord in full screen) it shouldn't appear blurry.

Please refer to my pinned comment on variables, thanks.

One of the themes I made; Material Discord. https://betterdiscordlibrary.com/themes/Material%20Discord

The steps for customizing the theme easily are listed in the pinned comment.

Not currently, but I can see about adding it. No guarantees though.

Those errors and warnings don't affect anything. You can ignore them.

Took a look at it to see if I could use an image on my local pc, but Discord apparently adds discordapp.com in front of any url() that isn't a complete url. For instance, changing app-bg to url(background.jpg) adds https://discordapp.com/channels/<maybe_user_id?>/ before the actual variable. So for the time being, uploading an image to a site is the only way, unless you want to encode an image to base64 but that creates a stupid long string to use.

There are 2 separate variables that control the background colors for the main content area and the sidebars. --sidebar-color and main-content-color with the default values and how to use them listed in pinned comment.

The transparency and blur intensity can be customized to however you like it. A list of variables and how to use them are in the pinned comment, thanks.

It is possible. There's an example of what to use and where to put it in the pinned comment. In your case, the variable you'll want to use is --app-accent: #fff.

It shouldn't reload. Are you using imgur or something else to host the image?

This isn't exactly the right place to report issues because I don't get notifications for them. Please make a new issue on the theme's repo at: https://github.com/CapnKitten/Translucence/issues. With that said, the margin/padding issue in the image will be fixed soon.

That is controlled by the --app-accent-rgb variable.

You have to enable it after putting the file in your plugins folder.

The members list is already collapsible. Regarding only showing avatars, that can easily be done with a theme rather than adding it to the plugin.

Not sure which version of the theme you're using, but it's up-to-date.

That's weird because disabling the theme should revert it back to normal. If you go to your plugins list, there's a button at the top that says "Open plugin folder"; click that to verify that the plugin file is actually gone. If it isn't, delete it, then redownload the plugin and enable it. Doing that should fix any issues you have.

When asking for help, you really shouldn't be so condescending; especially towards the person that made the thing you're using for free. The quote you got that from was from someone asking about the "black stripe" (i.e. the darker part on the left that is behind the servers and channels lists) with no mention of the background behind the messages, so that wouldn't fix your issue either way. I made it really simple for people to understand how to customize the theme. It's not my fault some don't read a pinned comment by the theme dev.

As for your issue... I thought I added the variable to the readme on the repo, but I guess not. --messages-color controls the background for messages. Making that transparent as well as removing the padding for messages should make it look how you want based on what you've asked.

If you're talking about the margin around the content area to give off the frosted look, --app-margin is the variable you'll want to use. Making it 0 will remove said space. Add the code below to the custom CSS tab in your user settings and click save and update.

The following code will make it so only avatars are visible in the members list. Add it to your custom css.

Not sure what you mean.

Click the download button in the top left. Then open your themes file by opening your user settings in Discord and scrolling down to themes. In there, there's button that says "Open theme folder"; place the theme file in there and enable it.

Thanks for the kind words.